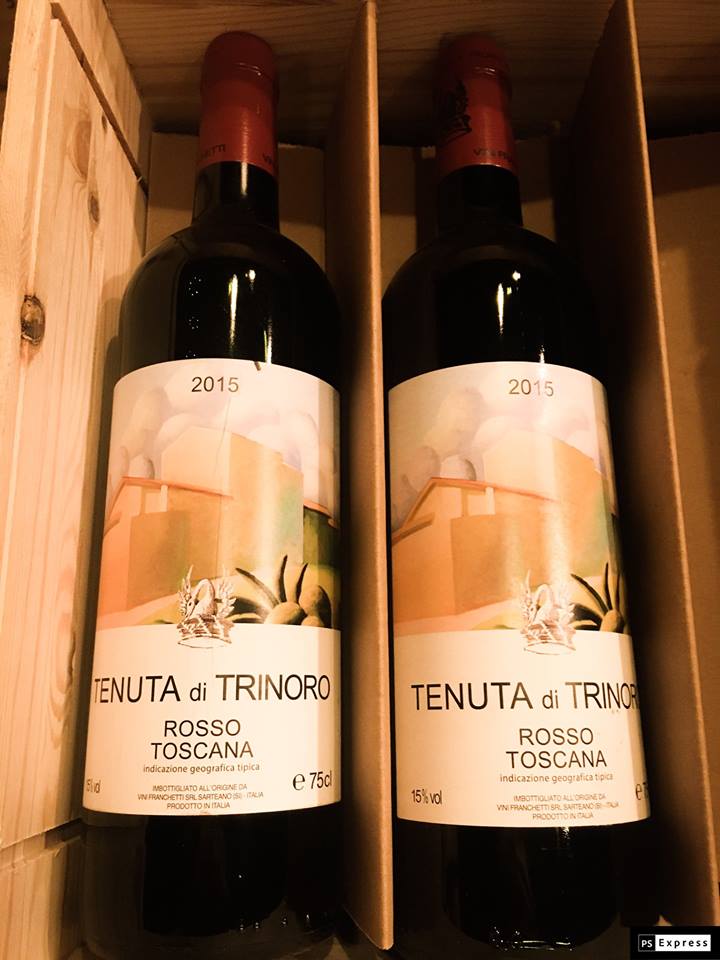 Located in a remote corner of south-east Tuscany, Tenuta di Trinoro specialises in excellent wines with great ageing potential, made from Cabernet Franc, Merlot, Cabernet Sauvignon and Petit Verdot. The 200-hectare property rests in viticultural isolation within the Orcia Valley, close to Sarteano, where Tuscany meets Umbria and Lazio.

The owner and oenologist Andrea Franchetti acquired the property in the 1980s, and in the early 1990s he began to plant the first vines. The most important lesson that he learned from his harvest time in Bordeaux was the crucial role played by terroir. In the hilly woodland around Trinoro he saw limestone-clay earth and gravelly soils similar to those he had seen in Saint-Émilion. Only a few parcels were suitable for cultivating grapevines, and there, in the midst of a sea of blue clay, he planted in the style of Bordeaux: high-density plantations, metre by metre, with additions from some of the region’s great estates.

Solid planting, high pruning, low yields, extreme ripening and flavour concentration characterise his wine-producing style. The wines are very fragrant and opulent, at the same time accessible and made for bottle-ageing over time.

The producer reveals the following about the potent 2015 harvest:

“2015 is one of Tenuta de Trinoro’s great harvests. The hot season for our vineyards only occurred in the early months: already, at the beginning of August, the average temperatures had fallen very quickly and we had a ripening period that was quite cool, even cold, until November. Rain fell intermittently, but lightly, with fortuitous dry spells. That cold and mild climate enabled a vintage from every vineyard after a suitable waiting period. We brought an exceptional merlot to the cellar, made from different vines; later, the same thing happened with our cabernet, being completely ripe. With Cabernet Franc dominating the blend, this is the typical composition from Trinoro’s extraordinary years.”

An excellent addition to the collection.
Salut.

For it to be considered truly excellent, a wine must be histrionic, it must know how to express the grape variety that is composed of, but it must also best describe the terroir it belongs to.

The Antinori family has been involved in wine production for more than six centuries, ever since Giovanni di Piero Antinori in 1385.