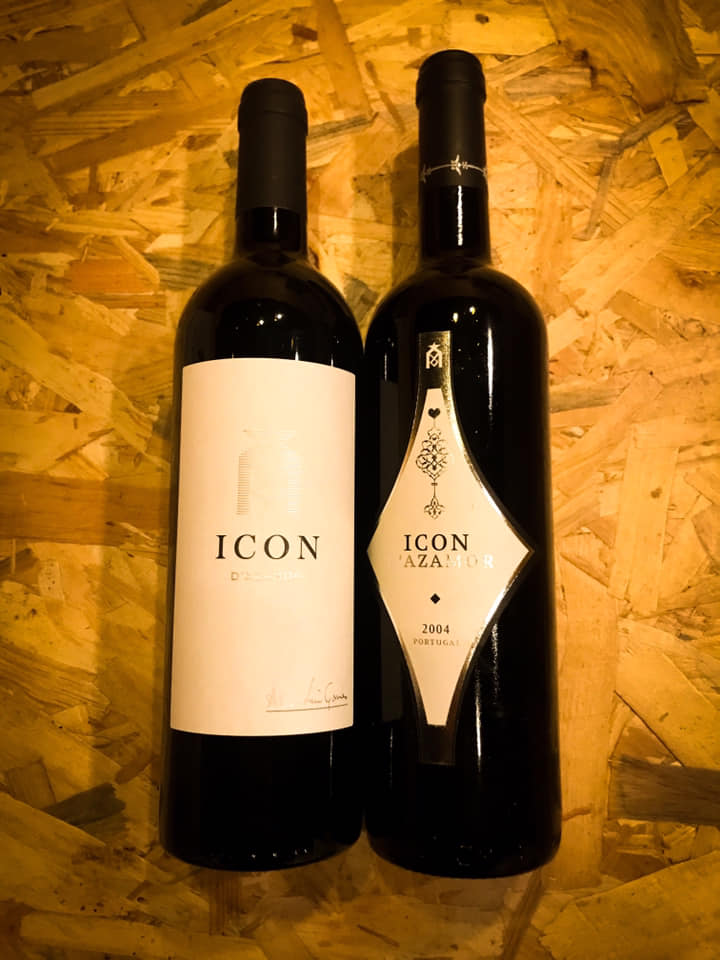 Only produced in exceptional years, these Icon d'Azamor are the ultimate exponent of the Azamor estate in the Alentejo.
Azamor now has a total of 260 hectares, where 25 hectares are planted with vines, 30 hectares with cork oaks and pine trees, and 140 hectares recently modernized with 50 year old olive groves.
The vineyards were planted in 2002 and form one of the highest densities of vines in the Alentejo.
There are four types of Portuguese grape varieties planted - Touriga Nacional, Touriga Franca, Trincadeira and Alicante Bouschet - and four international varieties - Syrah, Merlot and Petit Verdot.

The estate's first wine was produced in 2003, Azamor 2003, from the oldest part of the vineyard, revealed a deliciously fruity touch, with an unusual balance and freshness. A wine was very fruity and accessible because of its "terroir", which would eventually win the gold medal in the World Competition in Brussels.

2004 was undoubtedly the best harvest of the decade. Derived in large part by the exceptional quality of the Syrah variety, obtained from a clone imported from Chapoutier, and excellent Alicante Bouschet, which would end up aging in new French and American wood for 20 months. A small amount of Touriga Franca has been added to this blend to give it a more classic touch. The wine was bottled and stored in a wine cellar for three years, anticipating the launch of Icon d'Azamor. And because this wine is only made in years of exceptional quality, we had to wait until 2010 for the second edition.

These are the icons that we have here, excellent wines, of striking profile and extreme elegance.

We know that the third edition is already in training, and it will be the year 2013,

Here is a small list of wines with our recommendation, and that we present with exclusive price.

A true icon, an incredible wine and sweeping.

With Christmas arriving soon, we are making some gift suggestions by creating packs of wines that are a good representation of the Portuguese wine regions.